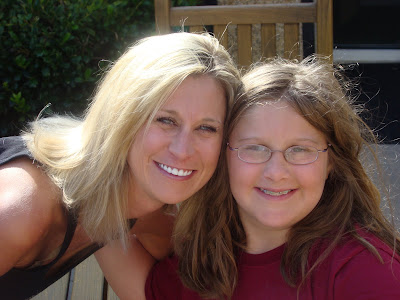 As most of you already know, a couple of weeks ago, Bailee stayed home sick.She had a stuffy nose and a sore throat. She has been fighting allergies a lot this year. She was running no fever, but I could tell that she was not feeling well. So, knowing this, I gathered all the necessities needed for our "sick day."I gathered up all medicines, fluids(Sprite, her favorite when sick) and lots and lots of Kleenex! We both were going to need them!I put all this on the nightstand, for I was used to this routine, we have done this many times before.When my children are sick, they love to be in the bed,all snug and covered up with many blankets, and their momma! Each one has their own special way of how they want to be taking care of. For Bailee loves for us to lie on our right side, me holding her waist.She has been that way since birth. 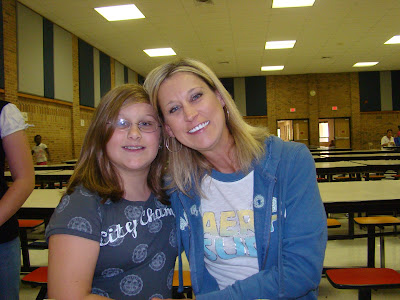 So we had a day of cuddling, sleeping, and we talked about Jerry.It amazes me sometimes that Bailee and I know what the other one is thinking.She can always tell when something is bothering me.When I look sad, she knows whats wrong.She looks at me and says.."You miss daddy, don't you?"And when I see her gloomy, I say to her.."You miss daddy?, Don't worry he is coming home soon." And we are both right.I know Bailee is going to be a great wife and mother. She is always so considerate and would do anything in the world for someone. Even at the cost of her own happiness, JUST like her daddy, Jerry. 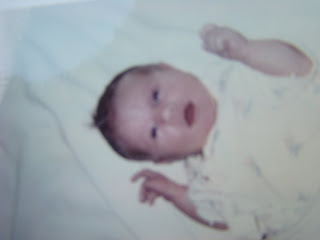 While we were cuddled up in the bed, she turned at look at me and said..."Mommy, do you think I'm pretty?" And without any hesitation I said, "Of course I think you're pretty, you are very pretty."She then proceeded to say that she didn't feel pretty. She said there were somethings that she wanted to change about herself, mainly her body. I soon started to get sick at my stomach, I felt knots in stomach. How could she think that she is not pretty, she was prefect just the way she was. She didn't need to change ANYTHING. Have I done something or said something that made her think this way? How could this beautiful little girl think that? Then I am to wonder if someone had told her that she wasn't pretty.But then again, she would have told me, for my children know they can always talk to me about anything. Our relationships with each other are and have always been rock solid. 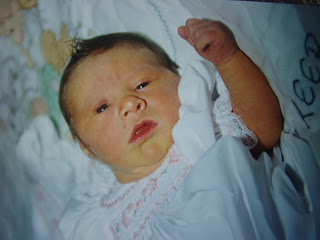 I was starting to feel defensive, for if someone did tell her this, I wanted to know who, and why. But, I knew deep in my heart, that would not be the right way to handle this type of situation. I was a role model,my children look to me for guidance, and how to act and behave and I must act like Jesus would. So I ask her if someone told her that she wasn't pretty or did someone say something not nice to her. She told me.."No, I would have told you mommy, I tell you everything." Ok, I was feeling little less angry, and more compassionate. But, I had to figure out why she felt this way, help her to realize that she was pretty.And I had to show and tell her that being pretty on the outside is not always the best thing. It was the "Inside" not the "Outside" that made someone pretty.So I told that that to her and she somewhat understood the analogy. Then I proceeded to ask her what she would rather be, pretty inside or pretty outside. I also told her that someone can be very very pretty outside, and they can be not so pretty inside. She responded this way..."But, mommy, you are pretty inside and out, I want to be like you." I was soon swarmed with feelings of guilt. for I didn't think I was worthy enough of her praise and her adoration to me. I had let her down so many times, and even though I did let her down, she still thought so highly of me.I had never thought of myself as pretty, nor did I think I was non-attractive. I thought I was average, just like everyone else. I never thought of my self as anything special, but my little girl thought I was.Sometimes when we ask someones opinion on certain issues, we get the answer we want, not the assurance that we want out of the answer. When we ask a friend things like 'Do you think I look great" or "Does this dress look good on me?" or "Does my hair look good?" when dread the outcome because when it really comes down to it, we know that they are not going to hurt our feelings for the sake of the friendship. We or should I say me knows that they are going to tell us what we want to hear, for what kind of friends would say you don't look good in that dress! I'm talking about friends in general, hopefully your best friend can be honest with you! I am guilty of it. We as humans have a defense mechanism. Even if they told us the truth, we would take offense to it, so its really a no win situation. But, with my children, it's different. My children know that I will love them no matter what they say or what they do. We can always been honest with each other. But of course their is the occasional "oh, yea, I really wasn't telling you the whole truth." But for the most part, honesty is with in us! My love for them is unconditional. That doesn't mean I excuse disobedience, It just simply means I love you, and I forgive you. I believed my Bailee, for she was my daughter, and she was being honest. She thought of me as a pretty, and in turn, I thought of her the same way. This was the point I was trying to get across to her. I soon started to feel the tears in my eyes. How can I reassure her and tell her that she was the same way as her mother. I was trying so hard to hold back the tears, for I want my children's childhood memories of me to be of good times, and laughter, not of me crying all the time, even though it is ok to cry every once in a while, just not all the time. Sometimes... OK.. a lot of the times my emotions get the best of me.When Bailee saw the tears rolling down my cheek, she looked at me with the sweetest eyes and the most lovable face, and said this,"Mommy, don't cry, you will mess up your pretty blue eyes." I have been around children most of my life in one way or another, and a normal response from a 9 year old would be why are you crying? But my little girl saw something deeper,something more than tears. She was looking inward, not outward, she was looking in my eyes, and she was a reflection of me, it was her. For, I knew after I told her what I had to say, she would finally get. I dried my eyes and said this to her. "Bailee, Do you think that you look like mommy?" She said, "Yes, I think we look just alike, people tell me that all the time." There was confirmation after this being said... "Bailee, if you think mommy is pretty then doesn't that mean you are pretty too?" She looked at me and smiled, and with a look so loving and a look of reassurance, she said this last thing.."Yea, mommy, you are right, I am pretty." So she finally understood that even though we sometimes don't feel pretty, we are in our hearts, and in the way we love and treats others. Bailee and I are beautiful to each other, mainly in our hearts, where the opportunities lie for us to love each other, forgive another,and others, and mainly to have the capacity and understanding of trying to see past physical beauty and see what is lying underneath just the physical stuff. We went back to sleep, holding one another with smiles of contentment on our faces.