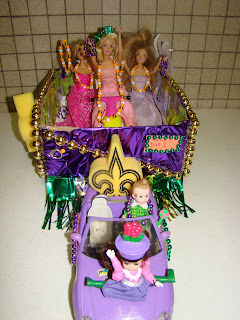 Bailee had a school project to do last week on Mardi Gras. 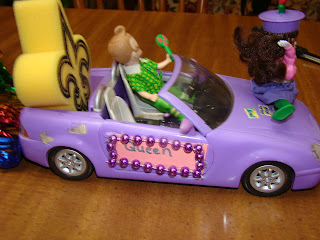 She could receive 10 extra points if she made a Mardi Gras Float. We started from a simple cardboard box. 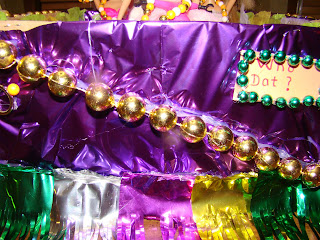 We took some wheels off of her Barbie cars and attached it to the box.We then added tissue paper inside and out. 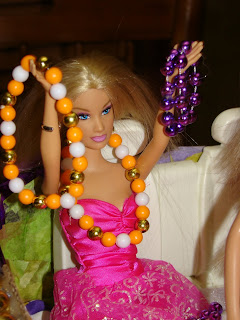 We glued beads and Mardi Gras trinkets. We also took simple Mardi Gras beads, cut them, glued them together to make mini bead for our Barbie dolls to hold in their hand! We also made a crown for our "Queen" to wear. 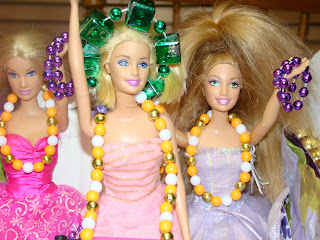 We also used a Barbie jet ski to symbolize the fact that we are the "bayou" state. 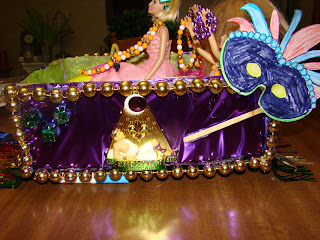 We also put an LSU floor mat for the inside of the float. We took simple index cards, wrote on them, glued beads on them and then attached them to the float. 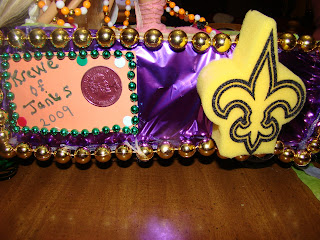 Bailee colored a Mardi Gras Mask and glued in on the float. I found some of those noise makers that you blow on and we cut the streams off and made it look like a real float with streamers hanging down on the side . 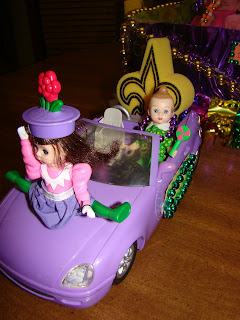 We also took a Barbie car and glued a dance girl on the hood of the car. Then we put a McDonald Toy boy and put him in the drivers seat and gave him beads to wear. 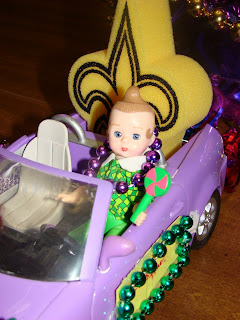 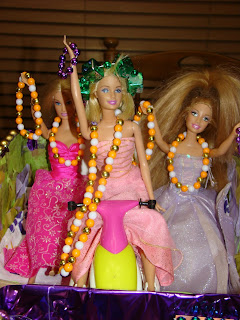 Jerry and I helped and walked with Bailee into school Friday Morning with her project. We got to see all the other kid's floats and they did a great job! 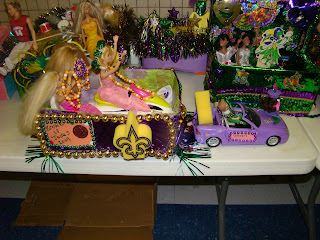 Bailee and I had so much fun working together on this project and it was great mother and daughter bonding time!! 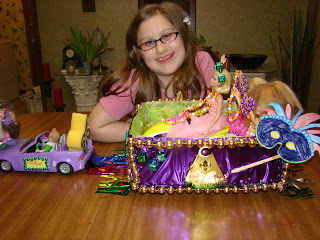 With a little imagination and a few simple items, we made a magnificent project! We only spent 5.oo dollars making it! 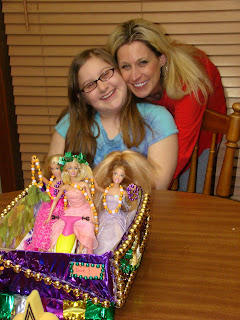 Great Job Bailee Grace, I enjoyed our time together!